Early yesterday morning reports started to appear on the Koh Lanta Locals Facebook page of a huge amount of rubbish appearing on all the beaches. Now this is not uncommon, as the season changes, the water movements and the wind changes push a lot of rubbish from the seas onto our beaches. It happens every year and people on the island try to clear up as much as possible, before the end of the season, to prevent it going back into the sea and to make our beaches look as pretty as possible. 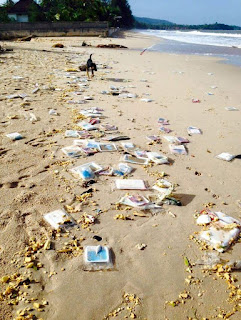 But these reports were more urgent, more pleads for help and the rubbish being washed up, was all the same, squid in polystyrene packets! 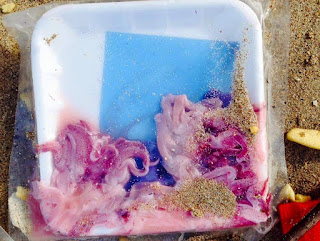 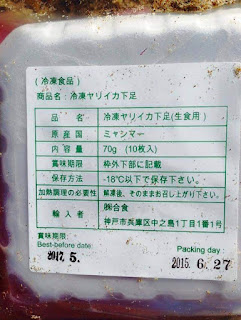 It seems the storm we had had in the past week had sunk a cargo ship from Myanmar carrying a large container of squid. It appears the container had opened and all the contents were washing up on ALL our beaches!

The community started to kick in, with folks at Klong Kong Beach (Isara Resort, The Greek Restaurant and many others) cleaning the beach. They collected so much they needed a truck to carry it away, to which I volunteered (well Nick volunteered me!). We only picked up about 15 of the bags, as the crew had managed to moved some already and I could understand why! Oh the smell!

On Klong Dao Beach, Coffee Asylum, has raised the red flag and the clean up was happening. 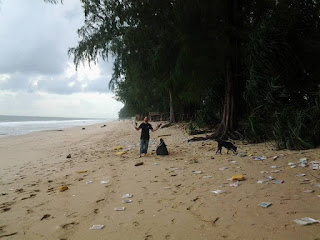 On Long Beach (Phrae Ae) many had already started clean ups, and I went to help. When I got there I was shocked, because it was the first time I had seen how many packs were littering the beaches, and the clean up had already been going on for some time. 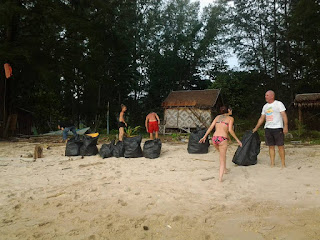 But everyone pulled together, Thais, expats and just holiday makers. This wasn't one persons problem, it was OUR problem. Many resorts (Clazy House, Kulraya Villas, Mook Lanta,  Soontreeya, Blue Cafe), Dive Centres (Palm Beach, Andaman Dive Adventures), Bar Owners (Irish Embasssy, Blue Cafe, Pangea), Dive Instructors, Business Owners, concerned Thai Families and many more took part. It was an amazing job and all of you (apologies if I have not mentioned your business) deserve a pat on the back and a well earned beer for a fabulous job.

The beaches looked beautiful again when we left, lets hope they stay that way! 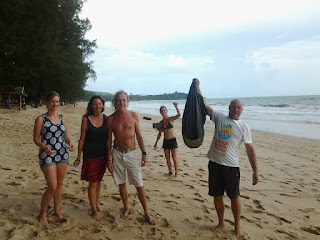 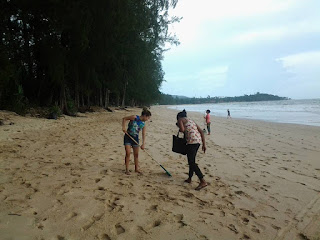 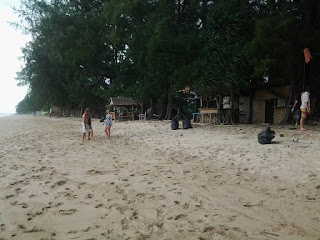 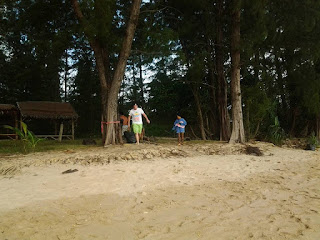