Would like to say a big well done to Tang, our receptionist and the other 3,500 people who 'Ran For Lanta.' 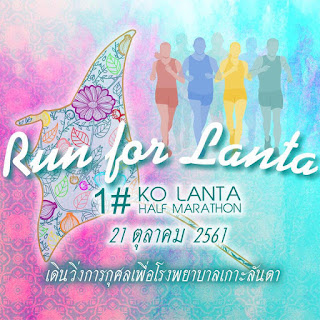 The race started at 5.15am at the most northerly end of Lanta Noi beach and there were 3 races: Mini Marathon (11km), Half Marathon (21km) and a Fun Run.
Everyone was raising money for the new hospital being built on Lanta Noi and many businesses had sponsored the event and provided food, drink and bands to celebrate their success.
I believe this was Teng's first official race and she did an excellent time of 1:17:01 for 10.5km and was 27 out of 148 in her age group.
Hopefully the race will be run next year and she can beat that time.

Whaleshark at Koh Haa after just 2 days of being open!

Just heard from Andaman Dive Adventures, that they spotted a Whaleshark from the boat today!

For the most very up to date pictures of Mook Lanta, the island and things to do on Koh Lanta, follow us on Instagram! 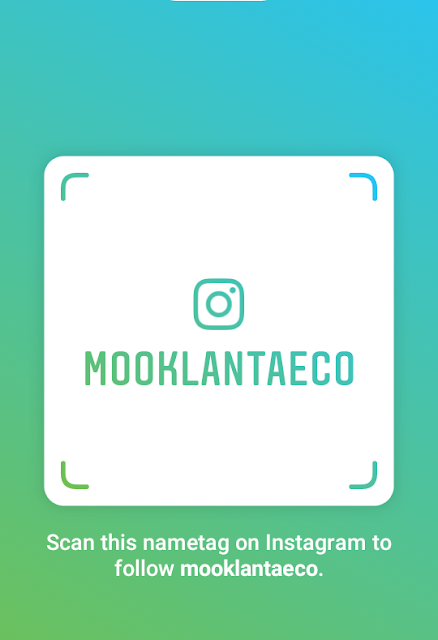 I am sure that you have heard that Maya Bay, on Koh Phi Phi, has been closed this low season and when it will open, if in fact it will, remains unclear. The Similans Marine Park have also extended the closure of The Similan Islands and will have strict limits on the number of visitors to the park (click here for the most recent update).

However the Koh Lanta Marine Park have been shutting our main dive and snorkelling sites (Koh Haa, Koh Rok and Hin Daeng/Muang and recently Koh Muk) every low season, to enable the areas to get a break and recuperate. The Koh Lanta Marine Park is much quieter than Koh Phi Phi and the Similans, but they have recognised that every year the visitors are growing and they want to preserve these sites for the future.

Every year the Koh Lanta Marine Park opens on the 15th October. This year the Marine Park Chief contacted Scubafish and Trash Hero Lanta on Koh Lanta and asked for their help in ensuring that both Koh Rok and Koh Haa were ready for visitors.
On the 13th October, Scubafish took a groups of professional divers to Koh Rok and Trash Hero Lanta joined other volunteers who were tasked with the job of cleaning the beaches. Nearly 300 people turned up, and it was lucky that they did because it was a big job as the low season tides and weather had washed up lots of garbage. The volunteers did such a great job the marine park had to return the following day to pick up the rubbish they could not fit in their boats!

I was lucky enough to be invited by Andaman Dive Adventures to be part of their team, on the Scubafish boat, for Day 2 at Koh Haa. Now as an ex dive instructor, Koh Haa and I go way back, but I had not been there for a couple of years so I was keen to see how it looked.
Not only were we joined by professional divers from Andaman Dive Adventures, Scubafish, Go Dive, Lanta Diver, Palm Beach Divers and Flip Flop Divers, we were also joined by Pimalai Resort staff, the Chief of Police on Lanta and many Thai volunteers from Bangkok. All avid divers, we were all keen to make the most of the day.

On arrival at Koh Haa, we were joined by the Marine Park officials who organised who would dive where to ensure we covered as much of Koh Haa as possible. My team, (Lee, Brian and I) got Cave to Beach on Koh Haa 5. This is a dive I love as it has caverns, caves and swimthroughs and as we jumped in I was struck by how great the visibility was and how clean the site looked, big schools of Travelly and Baracuda were everywhere. Indeed we picked up very little rubbish, until the end of the dive when we spotted a large fishing net by the beach. The net was too big to pick up with what we had and we were running out of air.

When we got back to the boat, Lee (Andaman Dive Adventure) and Magnus (Scubafish) took a short break and then jumped back in to retrieve the net. It was no small task, requiring lift bags to assist them and they had to be careful to ensure the coral was not damaged.

After a sumptuous meal provided by Pimalai Resort & Spa we returned to the water to clean the lagoon. My team was heading to Koh Haa 2 whilst the other half of the boat were over on Koh Haa 4. Again the rubbish was minimal until half way through the dive, when we discovered some piping, that had been discarded with some wiring.

I would like to thank all those who assisted in not only making sure I had a great day's diving, but also contributed to the clean up.
What are you waiting for, the Koh Lanta Marine Park opened today, book your snorkelling or diving tour today!
Posted by Mellisa at 01:56 No comments:

We think it is an important part of being an eco resort that we not only try to reduce our carbon footprint but that we also support local charities and businesses.

So when my husband was approached by our accountant's 8 year old son, Aarm, with an environmental business idea. How could we refuse?
This young lad is making his own reusable cloth bags, with your own design, to reduce the number of single use plastic bags we use on this island.

So he made us 20 lovely bags, which our staff use and are available to our guests.