Stop taking, let's give something back.... 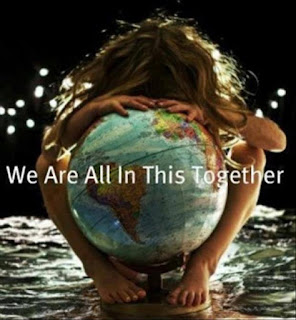 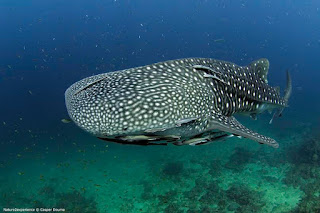 During the Green Season, two of our local dive sites (Koh Haa and Hin Daeng/Muang) were closed, by the Marine Park, to enable them to recover and to preserve the wonderful coral and wildlife there. On 15th October 2015, the dive sites were reopened and yesterday (21st October 2015) they made their first trip to Hin Daeng & Hin Muang.

Hin Daeng and Hin Muang (Red Rock and Purple Rock) are named after the coral that covers them and are to the South of Koh Lanta. They are both deep sites and only suitable for experienced divers but are very beautiful and, if you are lucky, are visited by Whalesharks and Manta Rays.

So Scubafish Dive Centre staff were very excited to be on the first dive there and they were not disappointed, they saw a Whaleshark!

What a great start to the season, I hope the Whaleshark sticks around for a little bit longer!
Posted by Mellisa at 18:23 No comments:

Very Proud to be part of a Wonderful Event 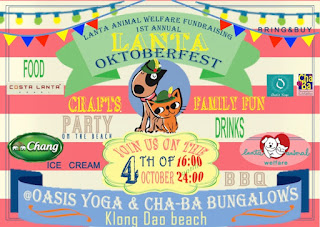 Today we received 2 lovely letters, from Costa Lanta (the organisers) and Lanta Animal Welfare (the supported charity) for our donations of gifts to the Lanta Oktoberfest held this month. 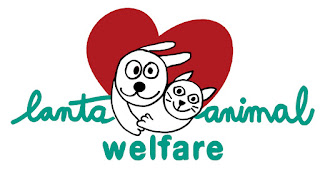 The event was superbly organised by Kasira Kantavanich and Alison Stevenson and wonderfully supported by local businesses. The event raised over 300,000 baht which will be used to buy necessary veterinary equipment for Lanta Animal Welfare. 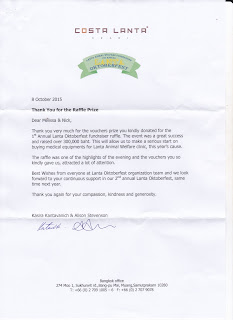 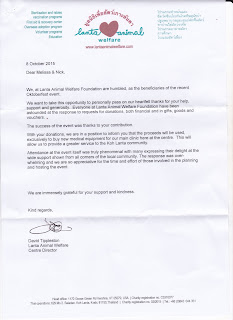 We are very happy and pleased that we were able to make a small contribution to a wonderful event and a cause close to our hearts. Please do not hesitate to ask us again next year!

One of our biggest assets at Mook Lanta Eco Resort is our staff, so I thought I would introduce you to some of the team. 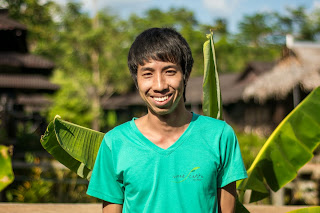 Neng joined us last year and is Gin's (our Hotel Manager) brother. His job is bar tendering and waitering in a busy breakfast bar. Gin was very nervous when he started, as he had not done a job like this before. and we were worried because his English was not very good and he was quite shy. Well I think on day one or two in the job, we needed him to go and pick some guests up, and yes on that day the police were doing routine stops and he had forgot his Driving License! Not a greatest of starts to his time with us!

But none of us needed to worry, because Neng started to flourish, his English is now really good and he likes to turn his hand at almost everything, Bar tendering, Waitering, Cooking, Building, Driving, Shopping, Dog Caring, Night Watchman and more. His confidence levels have soared and he seems to genuinely love his job (and we love having him in the team).

This year we hope he will start to learn reception.

He is a real asset.

Something a little different.

Someone once explained to me, the difference between a Chef and a Cook; A Chef creates a menu, designs flavours and challenges your tastebuds, whereas a Cook recreates dishes. Last night I had the pleasure to eat food cooked by 2 great Chefs (Ed and Joyce).

Mook Lanta Eco Resort, is lucky enough to have Red Snapper Restaurant right next door, throughout the week they serve delicious Tapas and beautifully constructed Western style food. The ambience is fantastic, the wine good and the food even better. It is our number one recommendation for celebrations or romantic dinners on the island.

Sometimes they like to challenge themselves and their guests, which is just what they did last night. Entitled 'Dutch Colonies,' Joyce explained that much of the history of the colonies was bad and what they wanted to show was how the travels the Dutch did, expanded their own culinary tastes. 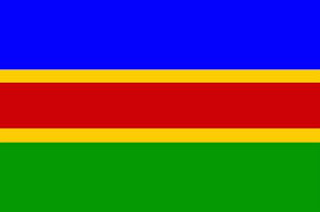 The menu was split into 3 options; Indonesian, Suriname or South African food, none of which I had ever tasted. For only 250 baht you were given a sumptuous selection of Red Snapper's version of that country's food.

Nick and I chose South African, half of the 6 tasters on the menu we really had no idea what they were, but we thought we would give it a go and then maybe (as it was a small taster) try another country later. When the food arrived, the portion was much larger than we expected and we nervously tried some unknown foods. Wow, my favourite was the Bobotie (not just because it is a great name), a minced meat oven dish with egg custard topping! Nick more surprisingly, a renowned meat eater, loved the Chakalaka, a spicy veggie dish with white beans! Of all the 6 dishes we were given, there was nothing left at the end, and even more surprisingly (and disappointingly) we were full and did not have the space for another country's dishes.

The place was full however, as many of the local expat community love these 'Special Nights' and 3 of our friends, who ate together, had each tried a different country and it was all reported as delicious.

Thanks Ed and Joyce for a fantastic meal and I look forward to many more.

Mellisa
Posted by Mellisa at 17:53 No comments:

I know I recently posted this, but we are having continual problems, so I am mentioning again. 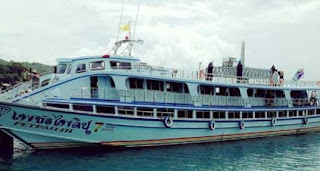 Please do not book your bus or boat ticket before you come to the island, you can easily book it with us, or any travel agent on the island. If you book it off the island, you have no way of getting your money back or ensuring that the bus will pick you up. 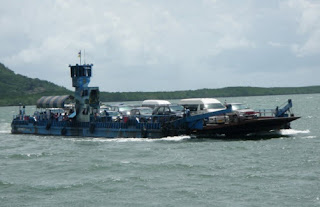 If you book a transfer from anyone except us, we cannot check it is ok, or chase the company. They will tell us the same thing as they tell you (and then you get angry with us!). If you book with us, we will ensure you boat/bus leaves with sufficient time for you to catch your onward flights etc.

We can only influence and control any bookings we make (and any mistake by us or the companies we use, will be fixed by us).

If you are unsure please email me for more information.

So after 6 months of Green Season, October is the start of High Season, whilst we still get a little rain, in the first few months, right now the sun is shining and it is hot, hot, hot. 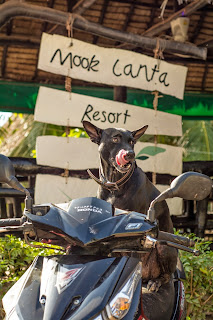 Guest numbers are increasing and bookings are sky rocketing, so please don't leave it till the last minute to book your room. 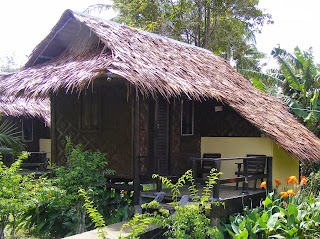 The Marine Park open up Koh Haa again in 8 days and the 4 island tour (to Emerald Cave) has already started again. 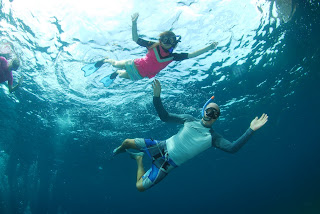 Dolphins were even seen on the car ferry, between the 2 islands, yesterday!

Hope to see you here!

Mellisa & Nick
Posted by Mellisa at 17:52 No comments: